The Level 6 Award in Primary School Physical Education Subject Leadership is a recognised qualification that aims to develop subject leader practice in primary schools in order to improve the sustainability of high quality physical education curriculum within primary schools.

The course is suitable for anyone who has Qualified Teacher Status (QTS) or General Teaching Council for Scotland (GTC) accreditation. You must also have successfully completed a Level 5 Certificate in Primary School Physical Education Specialism.

We will also provide you with a two course luncheon and refreshments each day. The induction evening forms part of the course and is therefore included in the course fee.
If you want to know more about any aspect of the course and further details about what it entails, please contact Andrew on andrew@afTLC.com or 07803 603450.

Register for the course and join us on Thursday 29th September 2016 from 4:30pm for a 5:00pm – 7pm course induction evening at: The Stables Business Centre,

NEW COURSE: Wednesday 20th July & Wednesday 7th September 2016 – Already know about what is happening in Physical Education nationally but haven’t the time to attend 5 different courses over 1-2 years to find out more? If the answer is yes then this is the course for you. Not only do you get to relax in picturesque Worcestershire countryside, but you also get access to an Award winning tutor with national and international acclaim!

Andrew Frapwell, who received a Leadership & influence award from afPE at this year’s national conference is pooling his vast experience to piece together key information required for a higher performing, more equitable system that ensures not only compliance but also value added.

Andrew is using his own teaching background, his international experience developing assessment and curriculum for international countries, his insight into Assessing without Levels including authoring a book on the same title, his role as Ofqual subject expert leading the review of PE qualifications and his vast facilitation experience globally to structure a course that includes the following:

The cost is £190+ vat and includes handouts, 2GB memory stick with background documents and 2 course luncheon 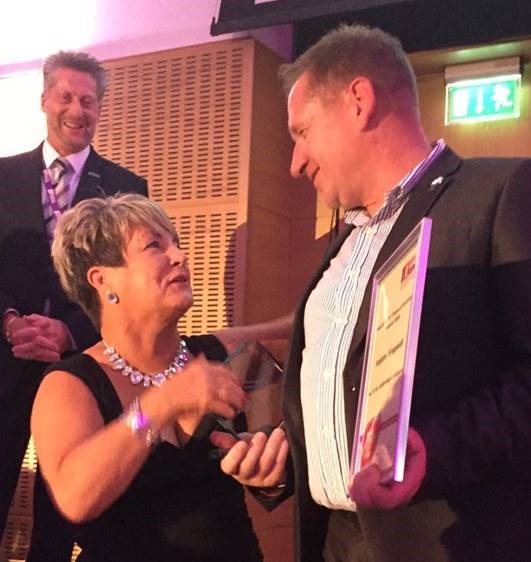 On Tuesday evening at the Association for Physical Education’s (afPE) Annual Conference Dinner, held at the National Football Centre, St George’s Park, Andrew Frapwell was presented with the ‘Award for Leadership & Influence.

Andrew who is the founder and owner of af Thinking & Learning Company Ltd., based in Wychbold, was both surprised and extremely honoured.

The Award was presented to Andrew by Sue Wilkinson afPE’s Strategic Lead and he was nominated by Eileen Marchant MBE, JP and Steve Caldecott who is Head of Quality at UCFB and carries out school and college inspection work for Ofsted Inspection).

The nominations drew attention to Andrew’s vast experience across the sector, and his innovative work on Assessing without Levels in schools. In addition the reach and impact of his work on teachers and coaches was highlighted since 1996 when he led the PGCE Secondary PE Course at the University of Worcester. 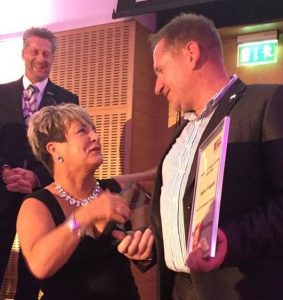 You don’t win Awards like this by doing stuff on your own.  Some people throw bricks at you, some people give you bricks – some help, some don’t, but they all contribute to the foundations for success

Award Information: Award for Leadership & Influence
To be awarded for making a difference at regional/national level

As you will know, if you attended our September 2012 network meeting, the Government launched a review of the National Curriculum in January 2011 with the aim of ensuring that the aspirations that are set for our children match those in the highest-performing education jurisdictions, and giving teachers greater freedom over how to teach. The proposals on which we are being asked to consult represent the outcomes of that review.  The key elements are:

GCSE reform In addition to reforming the National Curriculum, the Secretary of State has given a steer on arrangements for the reform of GCSEs.  This follows the Department’s public consultation on Key Stage 4 qualifications. GCSEs are to be comprehensively reformed, with an increase in demand at the level of what is widely considered to be a pass (currently indicated by a grade C). This is to be achieved through a balance of more challenging subject content and more rigorous assessment structures.   The changes will apply to GCSEs in English language, English literature, mathematics, physics, chemistry, biology, combined science (double award), history and geography for first teaching from 2015. Changes to other subjects are to follow as soon as possible after that, with the aim that new qualifications are in place for teaching from September 2016. Given the potential risks of reforming the qualifications market at the same time as fundamentally changing qualifications, the government has decided not to move to having a single Awarding Organisation offering each subject suite at this time.

Key Stage 4 programmes of study for English, mathematics and science Draft programmes of study for Key Stage 4 English, mathematics and science, have been published and can be viewed here, although government is not consulting formally on these at this time because they believe that it is important to consider their content alongside the new requirements for the subject content of the reformed GCSEs in these subjects.  This will ensure that the curriculum and qualifications are fully coherent. A formal consultation on these programmes of study will therefore take place later this year.

Secondary school accountability With the U-turn on the e-baccalaureate there is also an accompanying change proposal and consultation seeking views on how to improve the accountability measures for secondary schools in England. The consultation proposes changes to the existing performance measures, which will reflect the significant reforms to GCSEs.    The Government proposes to replace the existing 5 A*-C floor standard measure with: 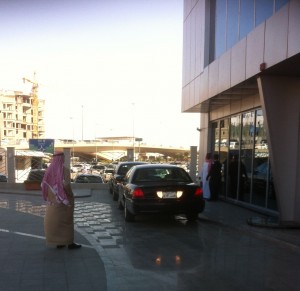 Andrew Frapwell recently returned from working on an Education Project developing teacher training materials for Saudi Arabian Teachers. The contract was facilitated through CfBT Education Trust who are working on the
venture for the Saudi Government Agency – Tatweer. Andrew was based at the Marriott Hotel in Riyadh – a five
minute walk from the Tatweer offices.

In Deep: Learning to Learn

On Wednesday 6th July a new book by Andy Frapwell and Steve Caldecott was launched.   The foreword to the book was written by Mick Waters, currently director of the Curriculum Foundation, previously Director of QCDA.  Mick recommends the book and comments “This one (book) achieves something special; it links the theory, with the current and emerging policy context, with real practical examples from schools and classrooms. The style is engaging and the authors have used narrative and story carefully to exemplify some significant points.”

There is currently a launch publications offer of 20% Discount on the RRP. Order online HERE for only £18.39 and use the following voucher code: IDEX71.