What’s So Good about Good Friday? 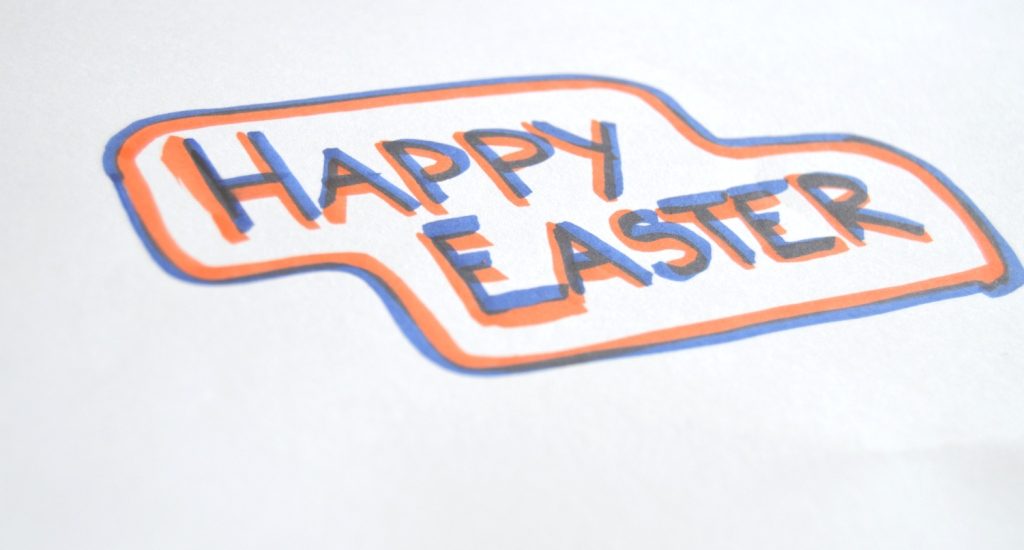 Good Friday is a Christian religious holiday commemorating the crucifixion of Jesus Christ and his death at Calvary. The holiday is observed during Holy Week as part of the Paschal Triduum on the Friday preceding Easter Sunday, and may coincide with the Jewish observance of Passover. It is also known as Holy Friday, Great Friday, Black Friday or Easter Friday, though the last term properly refers to the Friday in Easter week. Good Friday is a widely-instituted legal holiday in many national governments around the world, including in most Western countries (especially among Catholic nations and majority-Catholic countries) as well as in 12 U.S. states. Some governments have laws prohibiting certain acts that are seen as profaning the solemn nature of the day. The etymology of the term “good” in the context of Good Friday is contested. Some sources claim it is from the senses pious, holy of the word “good”, while others contend that it is a corruption of “God Friday”.

Easter Around the World

SPAIN
Easter is a very important celebration in Spain. The whole of Holy Week is often a holiday. A lot of Spanish Catholics fast on Ash Wednesday and Good Friday. On Ash Wednesday, people have a cross made of ash put on their foreheads. This is a way of saying sorry to God. On Palm Sunday, most people go to mass in the morning. Children bring palm leaves and branches to be blessed by the priest. Sometimes the branches decorated with sweets, tinsel or have other decorations hanging from them. On Maundy Thursday, there is a special ‘Dance of Death’ celebration in Verges, Gerona. A scary dance is performed, at night, by men dressed as skeletons. Many towns and cities in Spain celebrate Easter with processions through the streets at night. Floats called ‘tronos’ are carried through the street. Each float has incredible decorated figures representing part of the Easter story on it. The floats and statues are often covered in gold, silver and fine cloths. They are also decorated with lots of fresh flowers. Forty or fifty people carry each trono on their shoulders on the procession, which can sometimes last between four or five hours!

PORTUGAL
On Good Friday in Portugal, large bonfire are lit. People burn straw dolls made to look like Judas on them.

PERU
Like a lot of South American countries, on Palm Sunday a large statue of Jesus on a Donkey is carried through the streets of towns and villages before it is taken into the Church for the Palm Sunday Service.

GREECE
In Greek Orthodox Churches, a tomb is often put in the centre of the Church for the Good Friday Service. People process to the service like they going to a funeral. A Service is held on the Easter Saturday evening, just before Midnight. Priests give out candles to people in the Church and they are lit at Midnight. Fireworks are also sometimes used to signal that Easter Day has started. On Easter morning, a soup made of Lambs stomach is sometimes eaten for breakfast! The rest of the lamb is roasted and eaten for the main meal. A traditional Greek Easter cake is made with Oranges and Almonds in it. It is eaten with a spicy orange sauce poured over it.

GERMANY
In Germany, at the Palm Sunday service, the Priest sometimes rides to the service on a Donkey! In the German village of Oberammergau, people hold a special Easter play, called a Passion Play, every ten years. They do this as a Thank You to God. In 1633 the village faced being destroyed by the Black Death or plaque. The religious leaders of Oberammergau promised God that they would put on a play praising God every ten years forever if God saved the village. They put a large painting of Jesus on the Cross to show this. God answered their prayers and saved the village, so the village stage the plays to keep their side of the promise.

FRANCE
In France, Church Bells do not ring on Good Friday or Easter Saturday. Sometimes children are told that the bells have gone off to see the Pope! Boxwood branches are sometimes used instead of palm leaves. They are put over doors in houses to bring good luck to the people in the house.

BRAZIL
One of the biggest carnivals in the world happens in Rio de Janeiro at the Mardi Gras or Shove Tuesday celebrations to start Lent. The streets are filled, over several days leading up to Shrove Tuesday, with large processions of people marching, singing and dancing. People taking part in the parade dress up in very bright exotic clothes. Sometimes the costumes are made on large wire structures so the people wearing them look very big, like butterflies or birds. There are big floats, with stands for singing and dancing on built into cars or lorries that take part in the parade, they are decorated as brightly as the people and help make the procession look amazing!